As companies become more environmentally aware, the call for alternative fuel sources is on the rise. This has led to more and more businesses turning to biodiesel fuel for power sources like generators in place of using traditional fossil fuels. Biodiesel fuel is renewable and biodegradable, making it more environmentally friendly than non-renewable sources like natural gas and crude oil, which is used to make the diesel fuel that many industrial 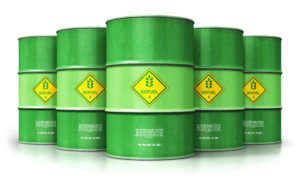 What Are the Advantages of Biodiesel Fuel?

Here are some main advantages of using biodiesel fuel:

What Are the Disadvantages of Biodiesel Fuel?

There are some disadvantages you should know about biodiesel before making a decision. These include:

How Much Is Biodiesel Fuel?

Just like other fuel sources, the prices for biofuel can fluctuate on a daily basis. They depend on location and the time of year as well as what the political climate looks like. However, in general, biodiesel fuel prices have been falling but still tend to be slightly higher than regular diesel, depending on the combination. Pure biodiesel (B100) will cost more than combination forms like B20. However, the benefits of biofuel may outweigh the slight price increase for some consumers.

Is Biodiesel Right for You?

Biodiesel still has a ways to go to be the best choice for U.S. businesses. But with more research and development as demand for it increases, it could be possible to overcome the shortcomings of biodiesel to make it more effective and widely available for consumers. The future for biodiesel seems promising as fossil fuel supplies deplete and the demand for energy increases.

Contact Valley Power Systems to discuss your options with our knowledgeable staff. We take pride in offering a wide range of power solutions for businesses throughout California.